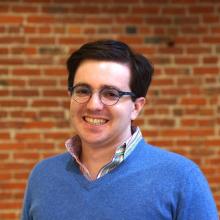 Sacha Samotin is Co-CEO of Applecart, a leading data & analytics firm that uses proprietary social graph technology to help some of the largest political, advocacy, and commercial organizations in the country run smarter advertising campaigns.

Sacha has served as a top strategist for dozens of leading campaigns and Super PACs for offices from local school board to Congress and President. In 2016, Sacha led the analytics effort for New Day for America, the Super PAC supporting Governor John Kasich’s bid for President. Prior to founding Applecart, Sacha served as a Congressional Page and worked as Assistant to the Campaign Manager on Former Utah Governor Jon Huntsman's 2012 Presidential campaign.

Applecart has powered some of the most sophisticated and successful political and commercial advertising campaigns in the country, ranging from Gov. John Kasich’s 2016 U.S. presidential campaign and Rep. Conor Lamb’s surprise 2018 special election victory to work for Boeing and several of the largest bipartisan education reform organizations in the United States. Applecart's work has been featured by Bloomberg BusinessWeek, The Washington Post, The Associated Press, USA Today, Politico, and The Colbert Report. Beyond its robust political and advocacy business, Applecart is a venture-backed technology company that has received significant funding from everyone from global sports and entertainment leader, William Morris Endeavor to senior executives at Twitter and Yelp.

Let's get to work

Reach out to learn more about how we can help you